How is VIOFO T130 Different from Other Three-channel Dashcams? 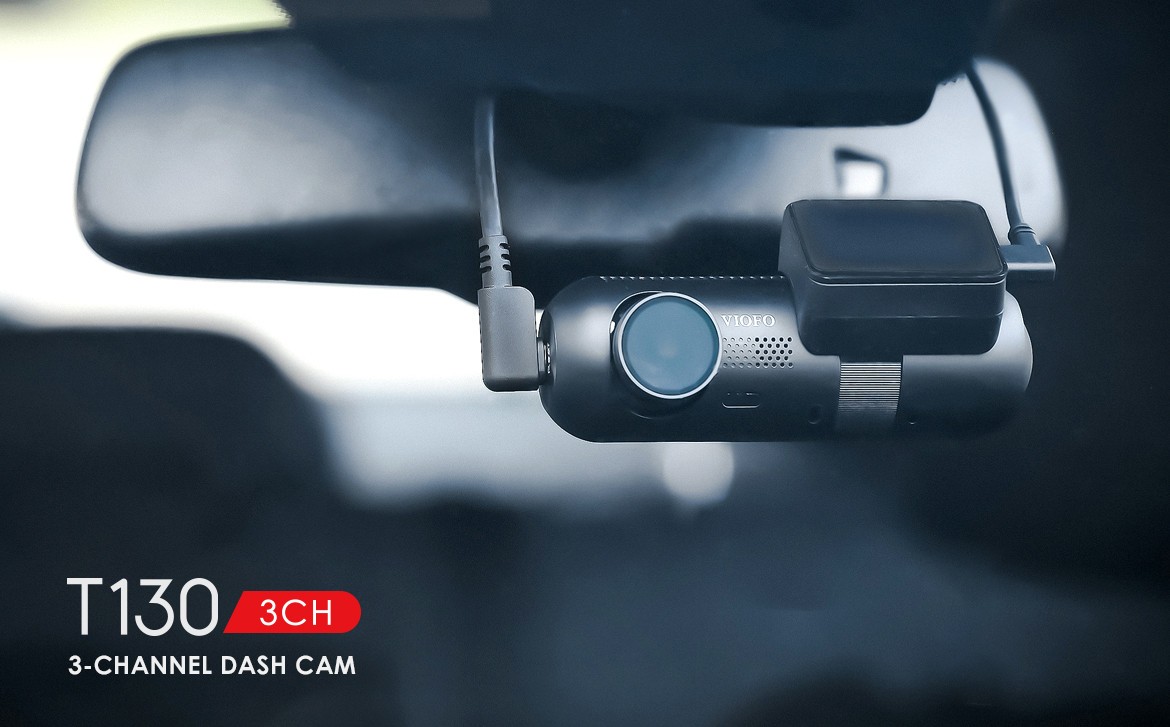 As we all know, there is one existing three-channel dash camera, A139, in VIOFO family already. However just at the end of 2021 the T130 3CH dashcam was officially released. How is it different from A139 3CH and other 3-channel dashcams in the market? What are the extra benefits that T130 3CH dashcam might bring to all rideshare drivers? Let’s explore!

More than just a 3-channel dash camera, the T130 innovative rotatable interior lens design offers you enhanced driver protection. For Uber, Lyft and rideshare drivers, they’re on the road nearly all day long, meaning more likely to get involved in the event of any unwelcome interactions, such as road rage or police stops. In such scenarios, the interior camera can easily be swiveled to record the driver’s side window in full detail, protecting drivers from traffic disputes and fraud.

Different from other 3CH dashcams which fit only properly in LHD vehicles, T130 3CH is built with much high flexibility not just in multiple ways of rotation, but also in flip installation! For right hand drive (RDH) vehicles, you can simply install the dash camera upside down, and use the mobile app to adjust the settings and T130 3CH will work perfectly the same as in LHD vehicles including the rotatable interior lens. Watch this video to learn about the RHD installation: https://www.youtube.com/watch?v=dyCFLVk_WVQ&t=2s

Many dashcams in the market are still using a big suction mount for installation which results in two plain issues: 1. Blocking the driver’s sight of view 2. Falling off easily in high temperature environment. The newly released T130 3CH has a rather neat, compact design and it uses adhesive sticker to attach to the windshield, making the main camera much less noticeably behind the rearview mirror. Thus, it avoids unnecessary driving distractions while complying with motor vehicle regulations.

For regular users, many would seek for help from professionals for dashcam installation. Thanks to compact design of T130 3CH with both the front & interior cameras incorporated into the main body, the wiring complexity significantly reduces, making it a more installation friendly dashcam for rideshare drivers.

The VIOFO T130 adopts an Omnivision Nyxel Interior Image Sensor, which uses Nyxel® NIR technology that performs 2 to 4x better than competing devices and enables the use of lower-power IR illumination in total darkness! With this enhancement, the T130 can achieve sharp images while avoiding the use of excessively bright IR illumination which is detrimental to clear recordings!

Despite all above new features, the T130 3CH dashcam also inherits many popular functions and features from the rest of the VIOFO dash camera family, including the current popular A139 3CH Dashcam.

If you notice any abnormalities happening around you or inside the car, you can simply press the nearby Bluetooth button to instantly lock and save the footage or voice as proof.

With the built-in GPS mount, you can view your speed and location during video playback, and the dash camera clock and video timestamps will automatically synchronize with GPS satellite time.

The T130 provides voice notification to inform the driver about important events, such as “Recording, three-channels started” and “Video protected”, and also to confirm actions on button presses, such as “Wi-Fi connected” and “Audio recording enabled”.  This allows drivers to keep their eyes on the road instead of becoming distracted by looking at the dash camera.

Purchase from the VIOFO US Store: https://amzn.to/3xWPa3g